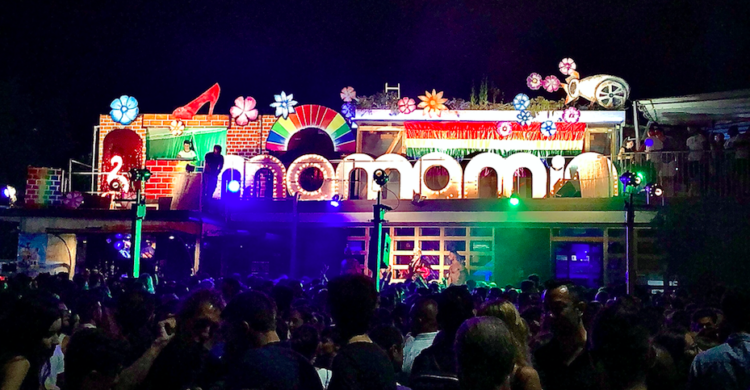 The Friendly Versilia project was born in 1998 on the initiative of Arcigay Pride! of Pisa, in order to promote the tourist offer aimed at gays and lesbians in Versilia, and especially in the towns of Viareggio and Torre del Lago Puccini. Today it is the most relevant phenomenon of gay tourism in Italy.

Already in the early sixties, the marina of Torre del Lago and in particular the free beach of Lecciona, at that time a nudist beach, was a destination for LGBT tourism, also due to the nearby presence of the Puccini Festival, followed by many gay music lovers lyric.

The story of Friendly Versilia was born on February 26, 1998 when it arrived at the Arcigay Pride! of Pisa, a report from a restaurant in the Marina of Torre del Lago, whose gay-friendly owners were annoyed by the continuous checks that the carabinieri continued to make only of the homosexual couples who sat at the tables. Arcigay then intervened in the press and wrote to the Guarantor for the protection of personal data, suggesting that the Municipality would have done well to “encourage gay tourism, as was beginning to happen in other parts of Europe”.

Riccardo Bertini, then councilor for tourism of the Municipality of Viareggio, responded positively, and thus Friendly Versilia was born, as a “circuit for the promotion and qualification of the gay and lesbian tourist presence” in Viareggio and Torre del Lago. In May 1998 it was printed in twenty thousand copies the first tourist guide aimed at gay customers: the Consortium of Hoteliers, a bar and some restaurants in the area joined. The initiative was presented by Riccardo Bertini, Marialina Marcucci (vice president of the Tuscany Region), Franco Grillini (then president of Arcigay Nazionale) and Alessio De Giorgi (then president of Arcigay of Pisa).

In recent years, the Italian LGBTQ+ community has begun to visit Versilia again. The gay clubs in Torre del Lago, almost all owned by the same owner, have started hosting evenings again throughout the summer, but also in winter. La Lecciona remains one of the busiest gay beaches in all of Tuscany.

The Friendly Versilia Mardi Gras
The main event of the Friendly Versilia was Mardi Gras (Fat Tuesday), a term chosen by the organizers both for a tribute to the tradition of Viareggio, strongly linked to the Carnival, but above all for the reference to one of the most important LGBT events in the world, the Sydney Gay and Lesbian Mardi Gras, which attracts hundreds of thousands of attendees from every corner of the world each year.

Versilia’s Mardi Gras was normally held around August 15th and attracted an average of 50,000 spectators over four or five show nights. The first edition dates back to 1999, even if to register guests of a certain importance it is necessary to wait for 2001. The artistic direction of the event was entrusted from 2002 to 2006 to the artist Fabio Canino, in 2007 it passed to Giorgio Bozzo, to then return to Fabio Canino in 2009. In 2013 the event was held for the last time.