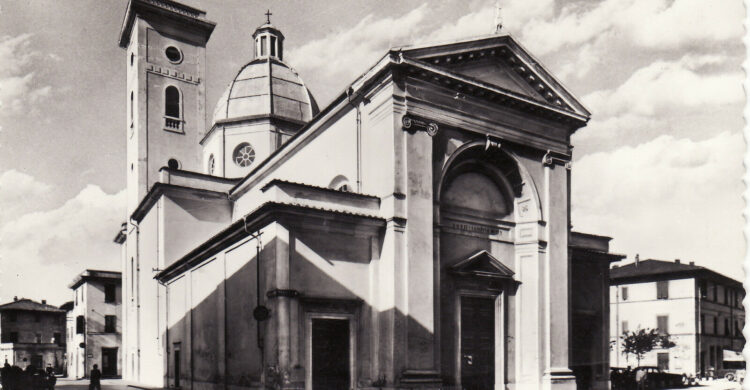 The Propositura di Santa Maria Lauretana is the main place of worship in Querceta, a town located in the Versilia plain, located along the Via di Marina, which starts from the Versilia mountains and ends at the Forte dei Marmi pier.

The current Church is an almost perfect copy of the previous one, built in the mid-19th century and destroyed during an air raid in August 1944. Initially built with a simple structure, it was then enlarged during the 19th century due to the conspicuous increase in population surrounding area, in 1822 it was elevated to Pieve by the archbishop of Pisa and subsequently, in 1856 having reached considerable importance, it was elevated to Propositura and therefore made independent from that of Seravezza. today it is one of the largest parishes in terms of number of residents of the Versilia plain.

The bell tower
Definitely originating from the early nineteenth century, the bell tower was raised and plastered in the 1940s. In 1944 it was demolished together with the dome and the adjacent church by an aerial mine; rebuilt in 1950 in the same forms as the previous one, except for some decorative parts such as the top cornice and the string course cornices. the same fate for the dome, rebuilt almost identical to the previous nineteenth-century one, except for some cornices not re-proposed in the one from the 1950s. When the work was completed in 1952, the four old bells were also recast.