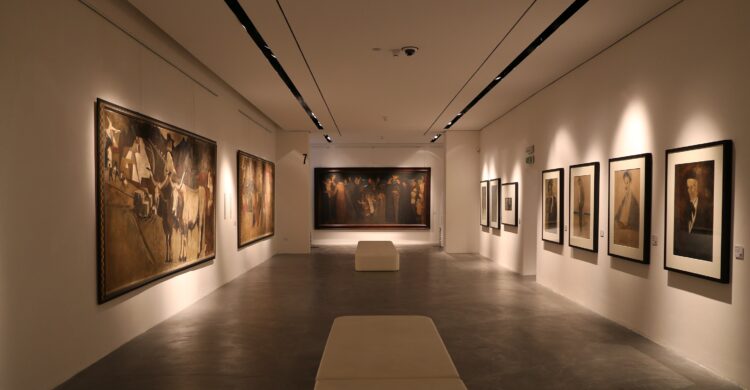 The Lorenzo Viani Modern and Contemporary Art Gallery (GAMC) is based in Viareggio, Italy. The structure permanently houses the most important public collection of the works of the painter Lorenzo Viani, mainly from the Varraud-Santini collection. Of notable importance, among the many that make up the civic collection, are the Lucarelli and Pieraccini donations. The Gallery also hosts numerous temporary exhibitions throughout the year.

Structure
The gallery is located in the historic Palazzo delle Muse, in Piazza Mazzini, a few steps from the Viareggio seafront. The building, dating back to 1861, is also home to the municipal library and the historical archive.

The permanent collections
Varraud Santini collection
Acquired in 1979. It consists of 50 works by Lorenzo Viani.

Pieraccini donation
The largest collection with about 2300 works, mostly of European contemporary art, donated by Senator Giovanni Pieraccini. The collection includes an impressive number of international graphic works by artists such as Pierre Alechinsky, Fernand Léger, Roy Lichtenstein, Giacomo Balla, Enrico Castellani and many others.

Other collections are that of Uberto Bonetti, with about 250 pieces by the futurist artist, the Moses Levy collection, with works by the painter donated by the heirs, the Vinicio Berti collection and that of the Viareggio Prize, associated with the literary event of Leonida Répaci.