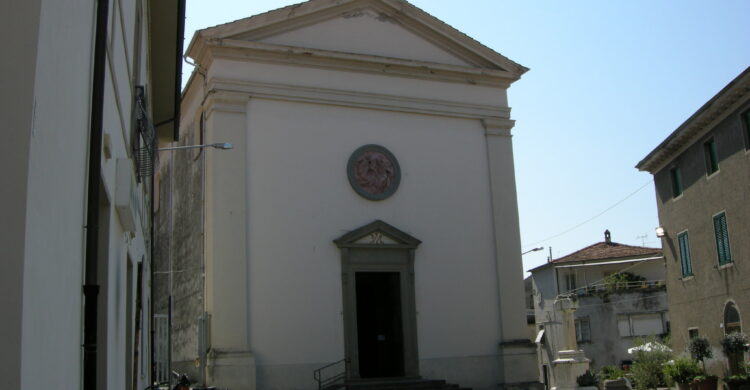 The church, dating back to the second half of the 16th century, was radically restructured and enlarged in 1895. It has a Latin cross plan with a central dome. and at the intersection of the transept and the longitudinal arm. On the façade, under the tympanum, Saints Jacopo and Andrea by the sculptor Bruno Lucchesi. The interior houses some modern statues (San Giuseppe, the Madonna del Carmine with Child, San Luigi, San Rocco), two confessionals by the sculptor Alfredo Angeloni, the tomb of the Lucchese magistrate Nicolao Giorgini, and the 1958 organ