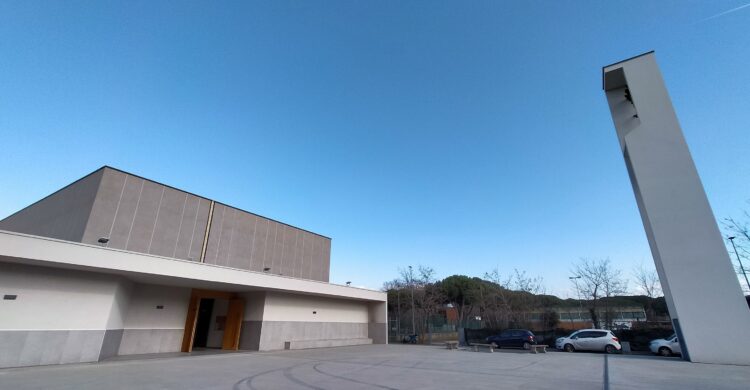 The church of the Resurrection of Our Lord is a Catholic place of worship located in the Varignano district of Viareggio, seat of the homonymous parish. It is the only church of the Archdiocese of Lucca equipped with a baptismal font in which it is possible to receive baptism by immersion.

History
Varignano is a popular and working-class neighborhood on the outskirts of Viareggio which experienced rapid building development in the post-war period. The parish of the Resurrection of Our Lord was established on 16 June 1975 separating it from that of Sant’Antonio and the first church in the neighborhood was built, a very simple building with modern lines.

It remained in use until, due to its deterioration, it was decided to renovate it. However, since structural and bureaucratic problems arose, the Archdiocese of Lucca opted for its total demolition and rebuilding.

In 2014, the works were included in the CEI “Percorsi Diocesani” project, which included a national architectural tender. The winning project was that of the TAMassociati studio of Venice, in 2015. The works began in September 2017 and the new church, built on the previous one, was consecrated on 8 June 2019.

Description
The geometry of the new church, with a rectangular plan, maintains the memory of the previous building.

The parish rooms and the rectory are organized around a central patio. The liturgical hall is double-height and is surrounded by lower-height volumes: the presbytery, the weekday chapel, the lateral nave, the penitentiary and the baptistery. The project was developed following environmental sustainability criteria and the structures are in X-LAM wood. Both the inside and the outside of the building have also been the object of an accurate lighting design.

The works of art of the pre-existing building have been recovered and reinstalled, as well as part of the furniture and the old marble flooring, now split.

In the churchyard stands a bell tower equipped with a carillon of eight small bells, made by Emanuele Allanconi of Bolzone di Ripalta Cremasca in April 2019.