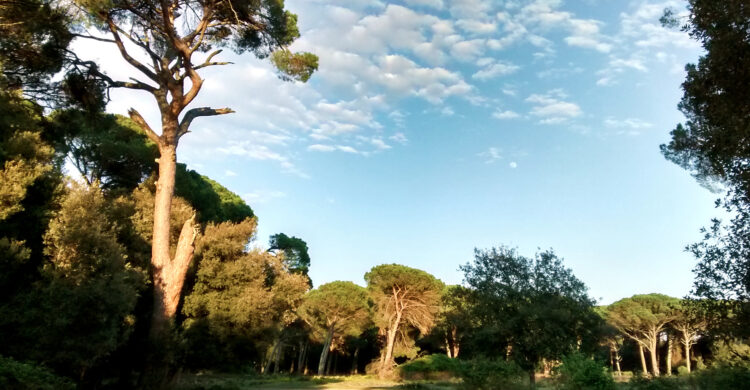 The territory of the park extends along the coastal strip of the provinces of Pisa and Lucca including the municipalities of Pisa, Viareggio, San Giuliano Terme, Vecchiano, Massarosa and protects over 23,000 hectares overall. It also includes Lake Massaciuccoli, the mouths of the Serchio, Arno and Fiume Morto rivers, the former presidential estate of San Rossore, the forests of Tombolo, Migliarino and Macchia Lucchese, and manages the protected marine area Secche della Meloria.

In 2005 he was awarded the European Diploma of Protected Areas. In 2014, the third AGESCI National Route was hosted inside the park, which hosted over 30,000 scouts. Also inside the park is the Base Addestramento Incursori (BAI) of the Italian Army.

Geographical description
The park is divided into a few main areas. The Macchia Lucchese is the wooded area to the north, enclosed between Viareggio, Torre del Lago Puccini and the coast. The Massaciuccoli area includes the lake and the surrounding marshy area. The Fattoria di Vecchiano and the Fattoria di Massaciuccoli are instead the vast reclamation areas reclaimed from the lake, respectively in the Municipality of Vecchiano and in the Municipality of Massarosa. The two areas differ from the dewatering pumps that manage them.
Continuing along the coast there are the important estates of Migliarino, San Rossore, Tombolo and Coltano, partly used for agriculture and partly for woodland.
The management areas of the park are completed by the Meloria shoals, an important system of shoals, with two outcropping rocks, with seabeds of significant naturalistic value.

Flora
It presents various types of natural environments. The wooded area is prevalent, in fact one third of the surface of the Park is covered by woods and has poplar, alder, ash, holm oak and pine trees (stone pine and maritime pine). In addition there are also dunes and marshy areas. In these environments there is a rare flora (dews, periploche, osmunda, pink hibiscus).

Fauna
The fauna includes a rich variety of birds (LIPU oasis of the park), among which: the mallard, the herons (the gray heron, the great white heron and the little egret), the waders, the gulls, the ducks and the cormorants. There are also buzzards, black-winged stilts, bee-eaters and gurnards. In the wood it is easy to meet the species of green and red woodpecker. It is the nesting area of the plover.
The presence of amphibians and reptiles is remarkable, including the viper.
There are almost all the freshwater fish typical of the Italian plains (carp, pike, tench…), as well as the fish that come up the rivers from the sea such as eel and gray mullet. The latter also enter Lake Massaciuccoli. It is important to mention the presence of the Louisiana red shrimp, also called killer shrimp, which spread from the lake to the swamp and subsequently to all wetlands, not just those bordering the park.

Various medium and small sized mammals also live in the Park, including fallow deer, wild boar, wild rabbit and red fox. The presence of the wolf has been ascertained for some years.

Access
The former Presidential Estate of San Rossore is open to the public every day in the area between Cascine Vecchie and La Sterpaia. The remaining portion, except in the coastal part, is accessible free of charge on Sundays and public holidays, while from Tuesday to Friday it is possible to access by paid entrance or annual pass. For guided tours every day it is possible to contact the Visitor Center and access with a guide. Access to the internal areas is permitted on foot, on horseback and by bike. Guided tours also take place on small trains, horses and carriages.