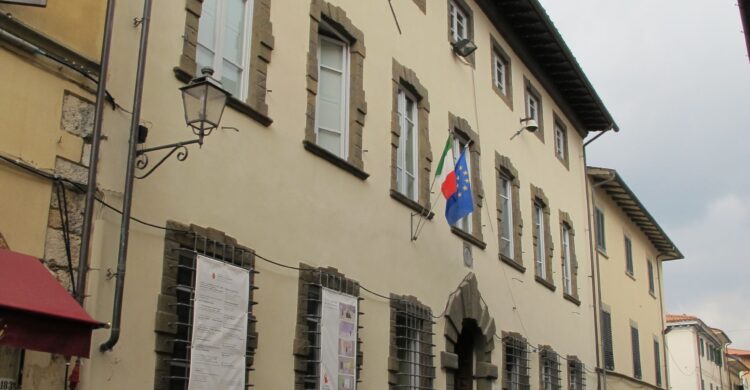 The Municipal Archaeological Museum of Camaiore is located in Palazzo Tori-Massoni in Piazza Francigena.

Exhibition path
Equipped with several sections, it has an exhibition itinerary that winds from a prehistoric section, with finds from the Palaeolithic, Neolithic and Eneolithic eras (coming from the Grotta dell’Onda, the Buca del Tasso in Metato and the Buca del Corno in Lucese), a one Etruscan-Ligurian and one Roman. The latter exhibits lithic burial boxes (3rd-2nd century BC) and materials found in the excavation of Acquarella at Capezzano Pianore, relating to a rural settlement from the 2nd-5th century, with traces of pre-existing Etruscans.

The early medieval section has examples of archaic majolica and pottery, mostly from castles in the area.