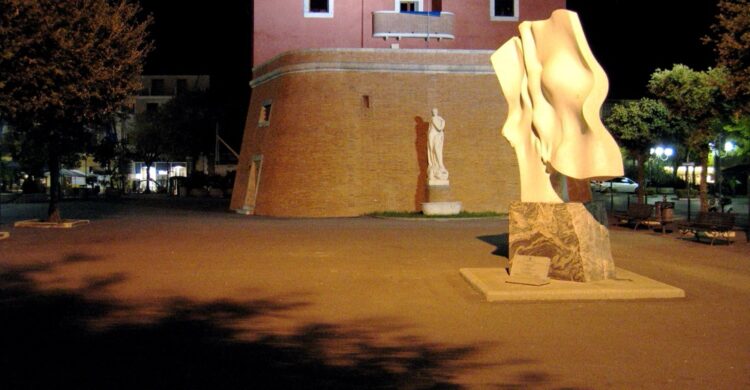 Forte Lorenese, also known as a “small fort”, is a military construction in the center of the Italian town of Forte dei Marmi.

History
The coastal fortification was built in the eighteenth century by the Lorraines, with defensive and sighting functions along the northern coast of the Grand Duchy of Tuscany, together with the twin fort of Castagneto and fort of Bibbona (1788). It could communicate through the emission of light signals, to the north with the Cinquale fort and to the south with the Motrone fort, both lost due to the bombings of the Second World War. In addition to the prevalent military and health defense function, the architectural structure was used as a marble warehouse during the period in which the wharf was used as a commercial port of call for the white stone.

During the era in which the then village of Forte dei Marmi served as a “stopover” for the transport of marbles by sea, the fort, in front of the wooden pier for embarkation, was used as a warehouse for marbles.

During the Fascist period the fort became the “Casa del Fascio” or “Palazzo littorio” of Forte dei Marmi, later it became the post office and currently, after a period of inactivity, houses the Museum of satire and caricature.

Description
The Lorenese fort appears as a complex with a quadrangular plan, made up of two buildings leaning against each other. The main body of the building, also used in the past for residential purposes, has a rectangular plan, culminating at the top with a small bell gable that rises in a central position over the four-sloping roof. On one of the two long sides, the residential building leans against a bastion with a massive scarp base which culminates with a terrace for the sentinels, which can be accessed from the mezzanine floor of the main building. The entire architectural structure of the bastion has masonry structures covered in bricks, while the main building is plastered.