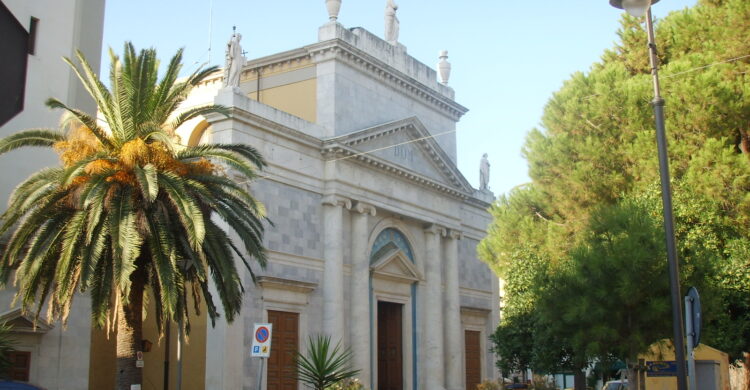 The church of Sant’Andrea is located in the old part of Viareggio, in via Sant’Andrea 55.

In 1836 the Duke of Lucca Carlo Ludovico di Borbone decreed the construction of a new parish in Viareggio, which was dedicated to Sant’Andrea. In 1839 the parish was assigned to the Servants of Mary; the following year Pope Gregory XVI issued a pontifical brief in which he assigned the church and the parish to the Servites in perpetuity. The building was built together with the adjoining rectory in 1842 to a design by the engineer Michele Cervelli from Lucca. In that year the archbishop of Lucca Giovanni Domenico Stefanelli issued the decree to establish the new parish by separating it from that of the church of Sant’Antonio. In 1938 the current four bells were cast by the historic Luigi Magni Foundry of San Concordio (Lucca), which are currently the oldest in the city of Viareggio.

The engineer Cervelli, in the bare composition of the building, marked by the severe classicism of the Restoration, perfectly created an architectural language that was both decent and functional: that language which, in the intentions of the public client, was to distinguish the construction of the newborn maritime center of Viareggio .

Inside the church there are interesting works of art and numerous relics. Here Saint Anthony Maria Pucci worked and is buried.

In June 1963 it was elevated to the dignity of a minor basilica.